On Thursday 13th October, we played in the Exe Valley Tag Rugby tournament. Our team was Harry, Etitenne, Sid, Rowan, George M, Daisy, Bonnie, Sophie, Sufia, Bella and Emily C. Our first game was against Sandford and we were all feeling nervous but ready to play! We started off well by winning the kick off and thanks to two tries from the lightning quick Sid we won 3-0. The second game was against Brampford and it was a thrilling game with six tries scored. It ended up 4-2 to Thorverton. Daisy Emily and Bella did some brilliant ball carrying to get us up the pitch and Sufia was excellent in defence. 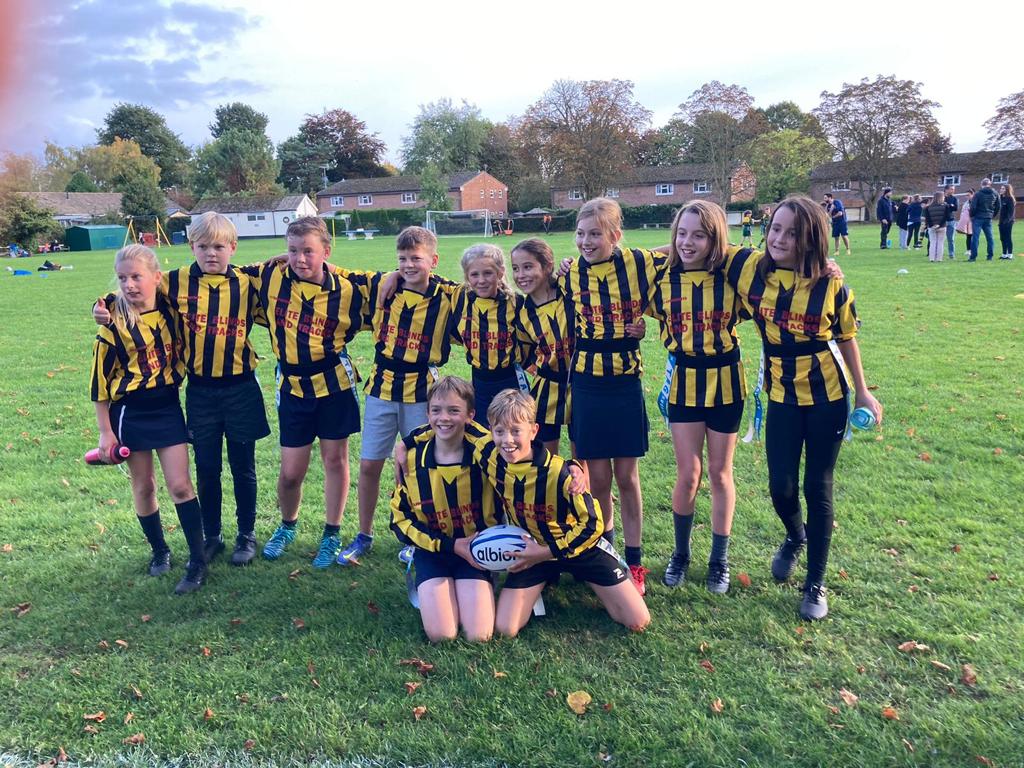 The third match was against Cheriton and we were getting very excited because we realised we had a good chance of winning the tournament. Little did we know, Cheriton were the toughest team yet. A really close game finished 3-3 with George M equalising right at the end, with an excellent try. The next game was against Newton – we were feeling nervous because they had won all of their games. We raced into a two try lead but Newton fought back. With a few minutes left and some brilliant tagging from Sophie, Rowan and Bonnie, Thorverton won the ball close to their own try line and Harry Laskey ran the length of the pitch to score a super try! Our final match was against Silverton. Etienne started brilliantly and scored two tries to give us the lead and we went on to win 4-1 and take the trophy! We all felt excited and really proud that we had won.

By Etienne and Harry